Songbird is a VR experience by the Guardian. It is a short narrated experience concerning rare birds close to extinction on Hawaii.

Hawaii is the bird extinction capital of the world. Many of the birds native to the islands are severely under threat, but for some it’s too late. The fabled ʻōʻō was last seen in 1985. Set in the painted cloud forest of Kauai, Songbird takes you back in time to meet the legendary bird and hear its last song.

I developed and created the visual content together with Michelle and Uri Kranot. 3D animation was done by Philip Louis Piaget Rodriguez, and Denis Chapon did the 2D animation for the birds. Signe Tveitan did modeling and rigging of the ʻōʻō.

Creating the lush, hand-painted scenery involved shaping models around the hand-painted textures. In this sense, the process was reversed compared with the normal 3D model pipeline, where models are first modelled and then textured.

Additional life was added to the vegetation, by slightly animating the vertices of the models. The stiffness or flexibility of the leaves was controlled by using the red channel of the vertex color. The vertices were then offset through the shader by simply offsetting a noise texture mapped in world space.

An important part of the experience was to have a number of smaller hand-painted birds fly about in the trees around the player. To achieve this, I set up a system where we could create marks for where the birds could sit and how they should be oriented. These marks also formed a path the birds could fly, and so the timing of them flying and sitting could be randomised.

Only one of the birds were fully modelled in 3D. This was the ʻōʻō — the star of the show. The ʻōʻō also needed to come closer to the player and have a more detailed performance. To make it better blend in with the hand-painted style, the model was formed by a large number of cards to allow for a more fuzzy silhouette.

A final challenge was creating the clouds the player would fly by in the beginning. Using flat cards was out of the question, as it would become immediately obvious as the player passed through or close to them. I therefore decided to try and make clouds by intersecting a number of cards. A special shader then fades the cards based on the view-angle, which ended up creating a nice illusion of some sort of volume.

The installation is supported by VIVE and produced in collaboration with Carte Blanche and The Animation Workshop / VIA University College. 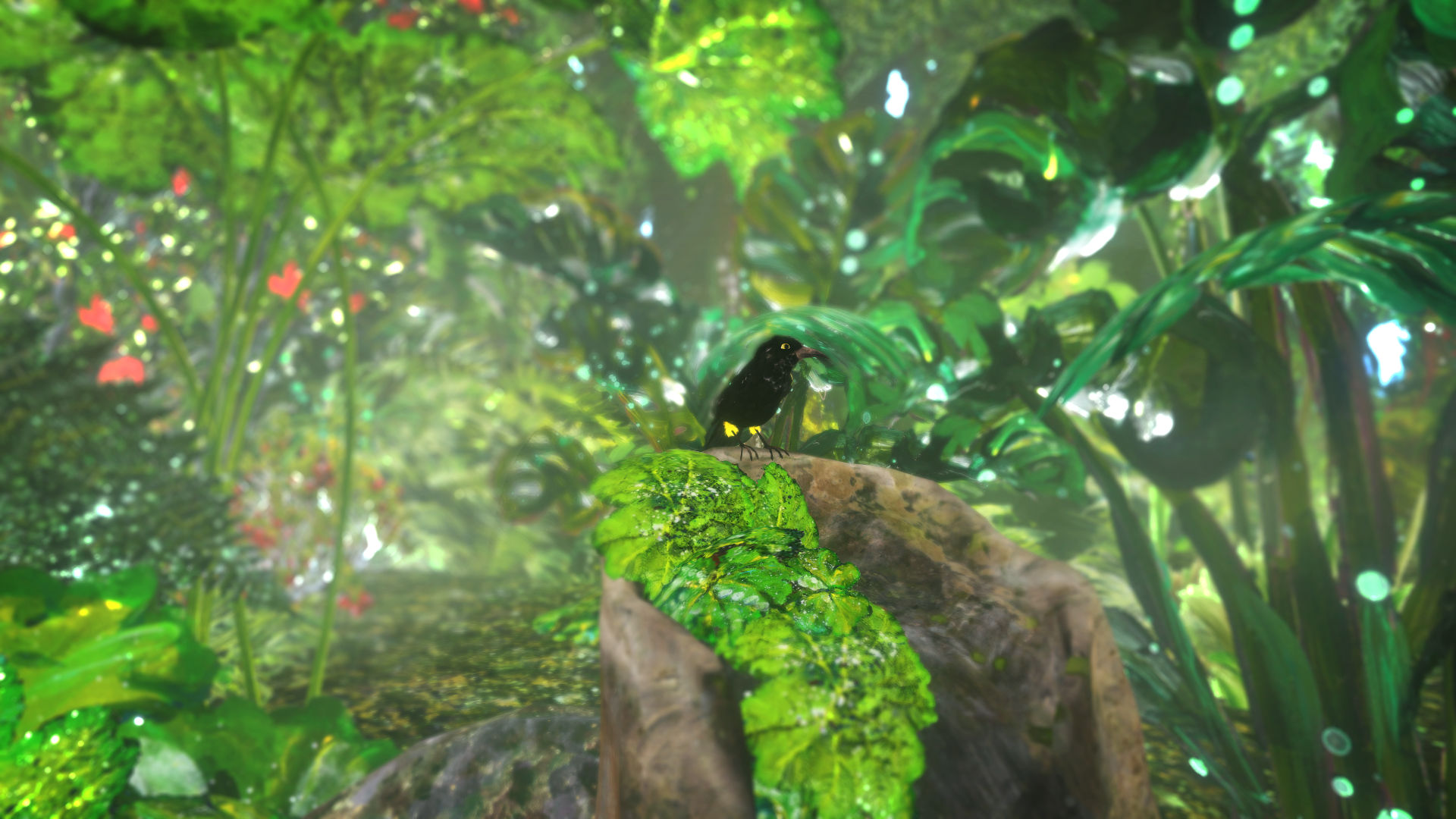 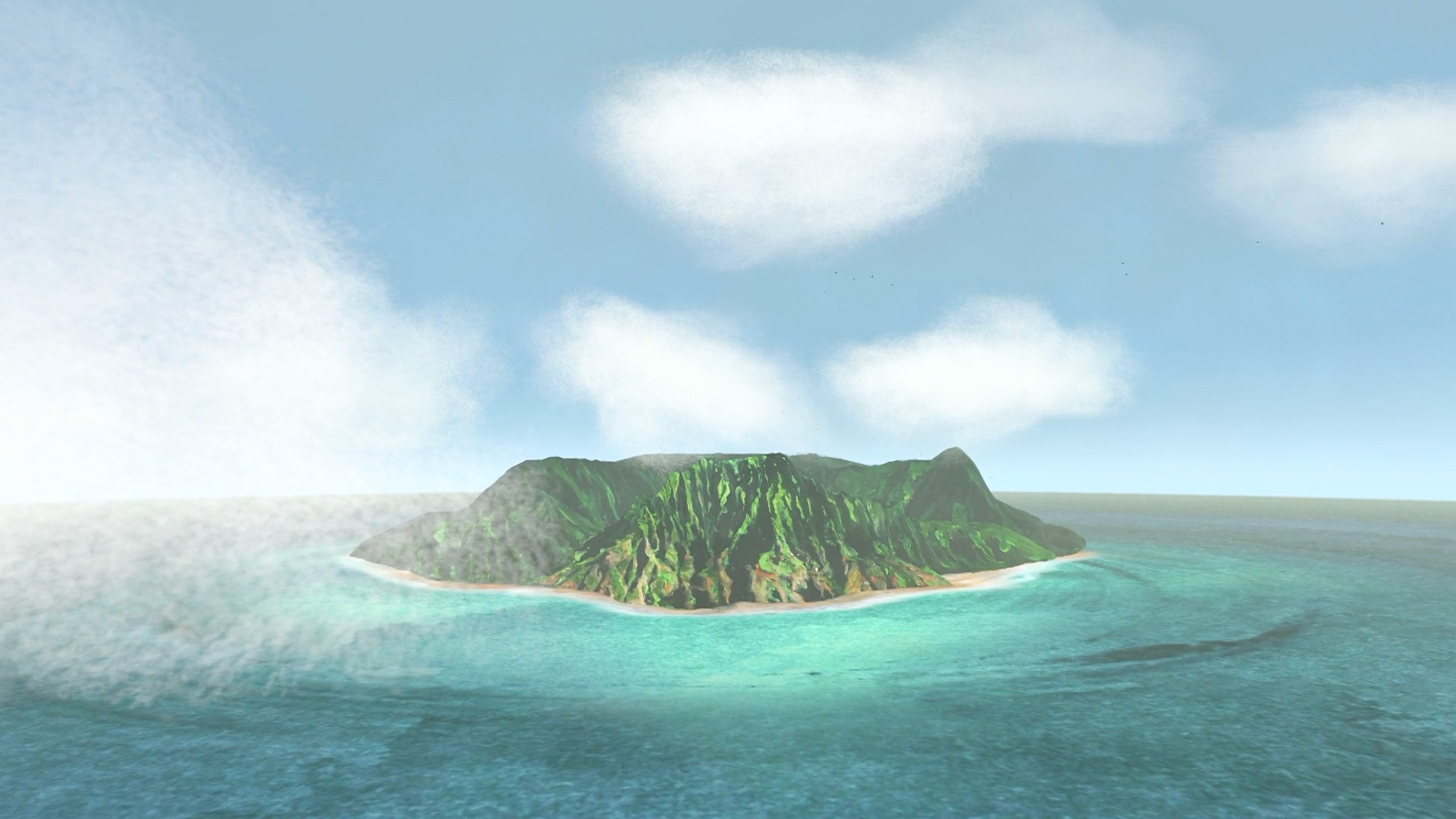 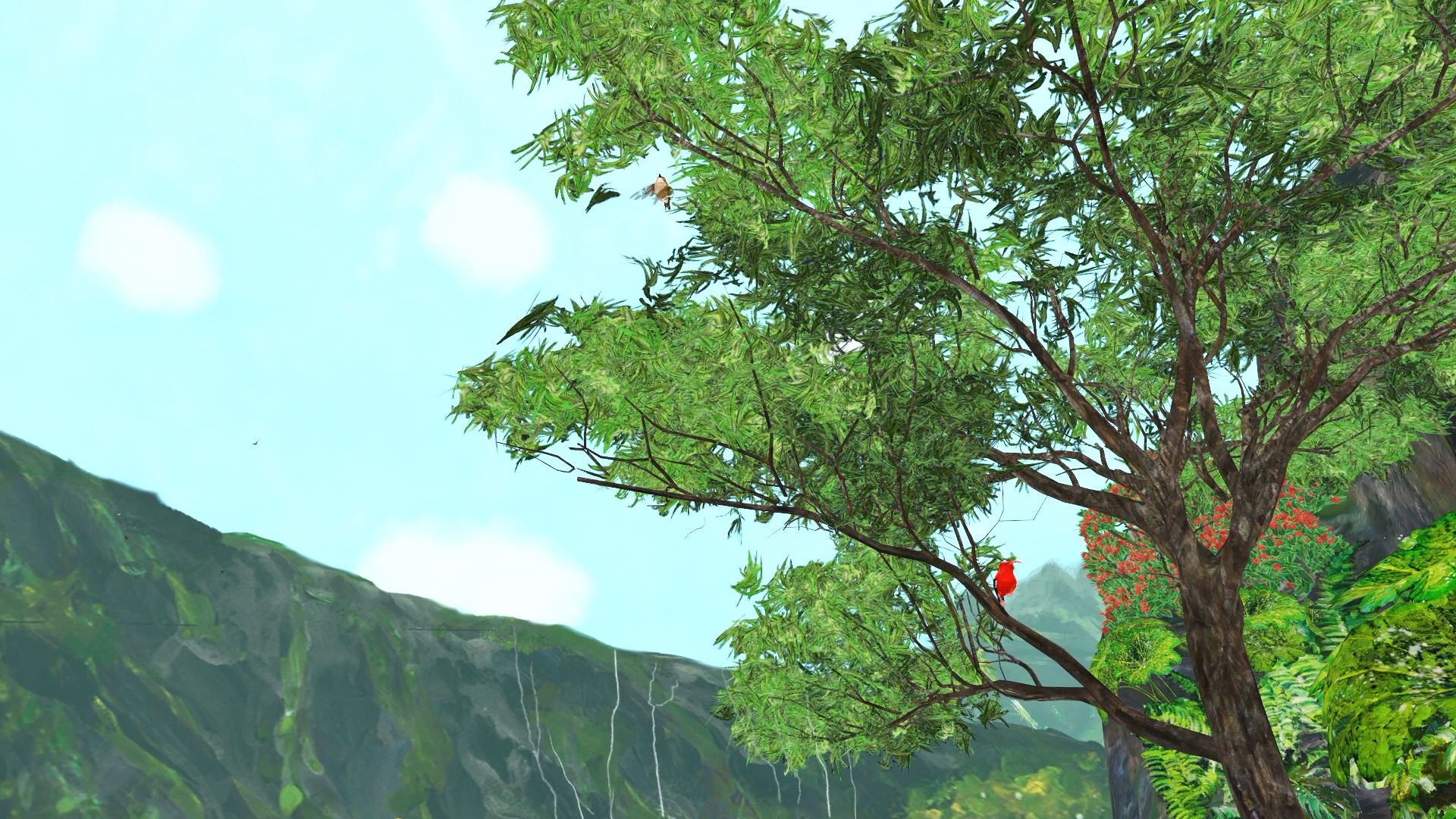 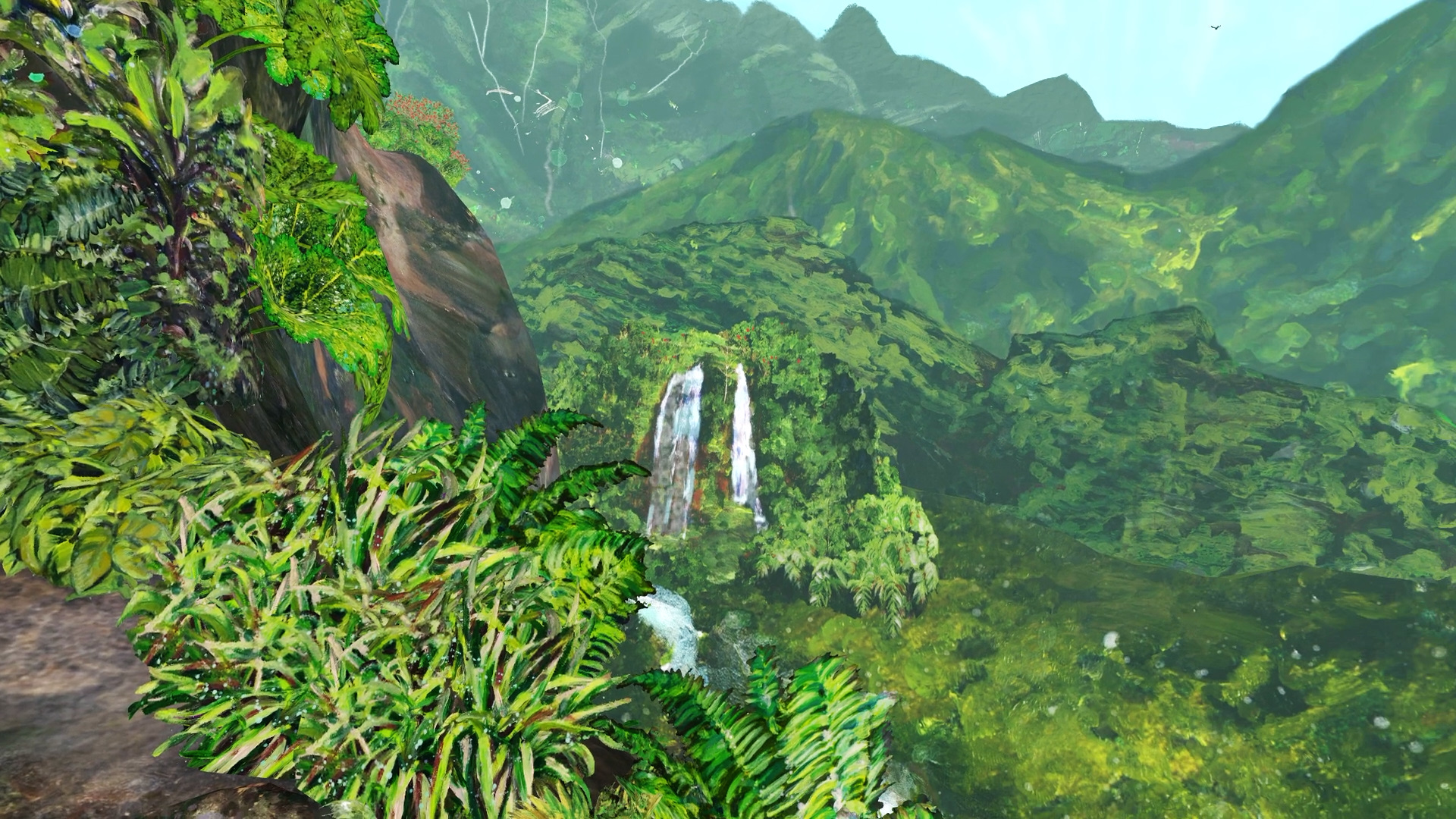 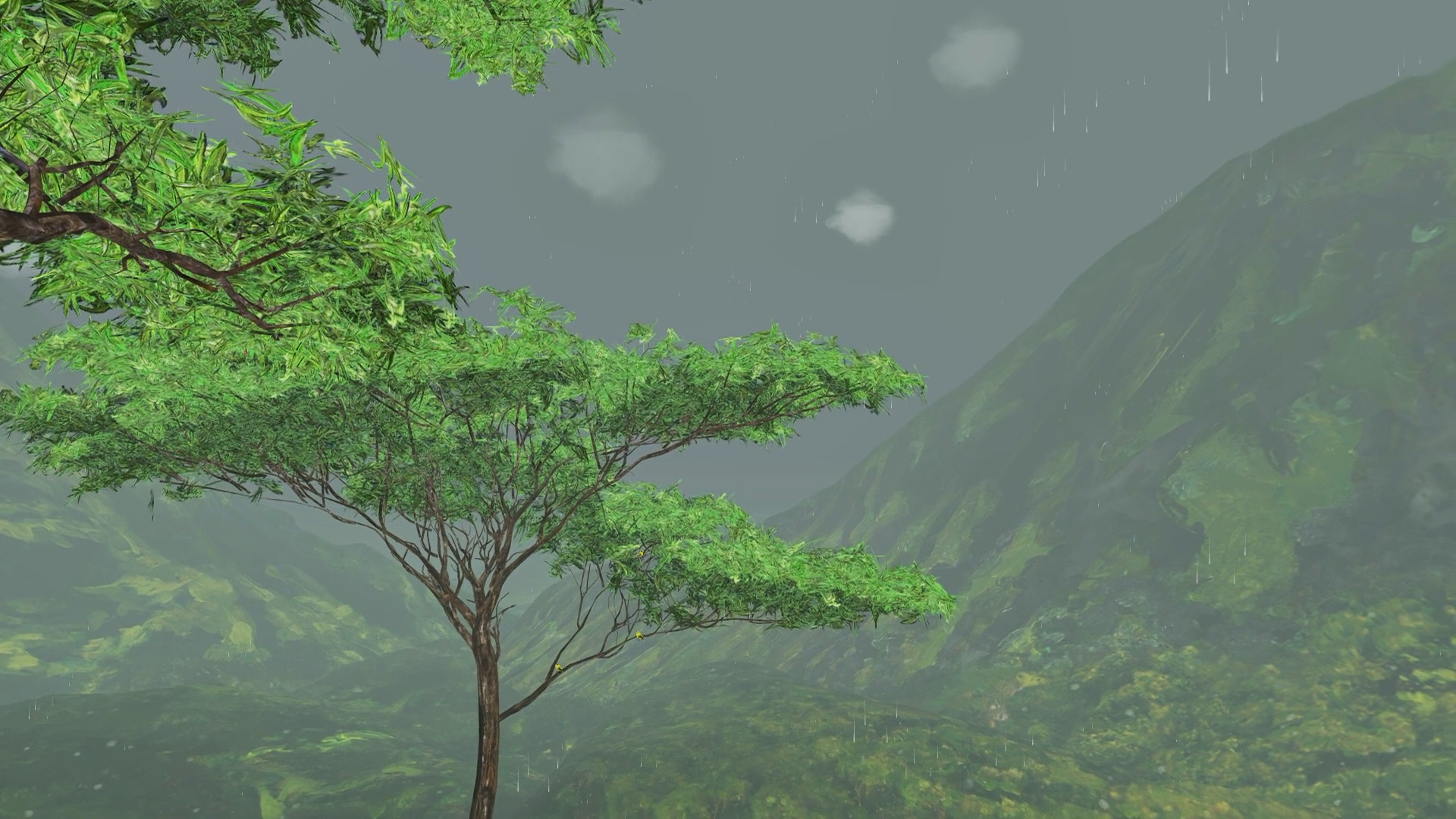 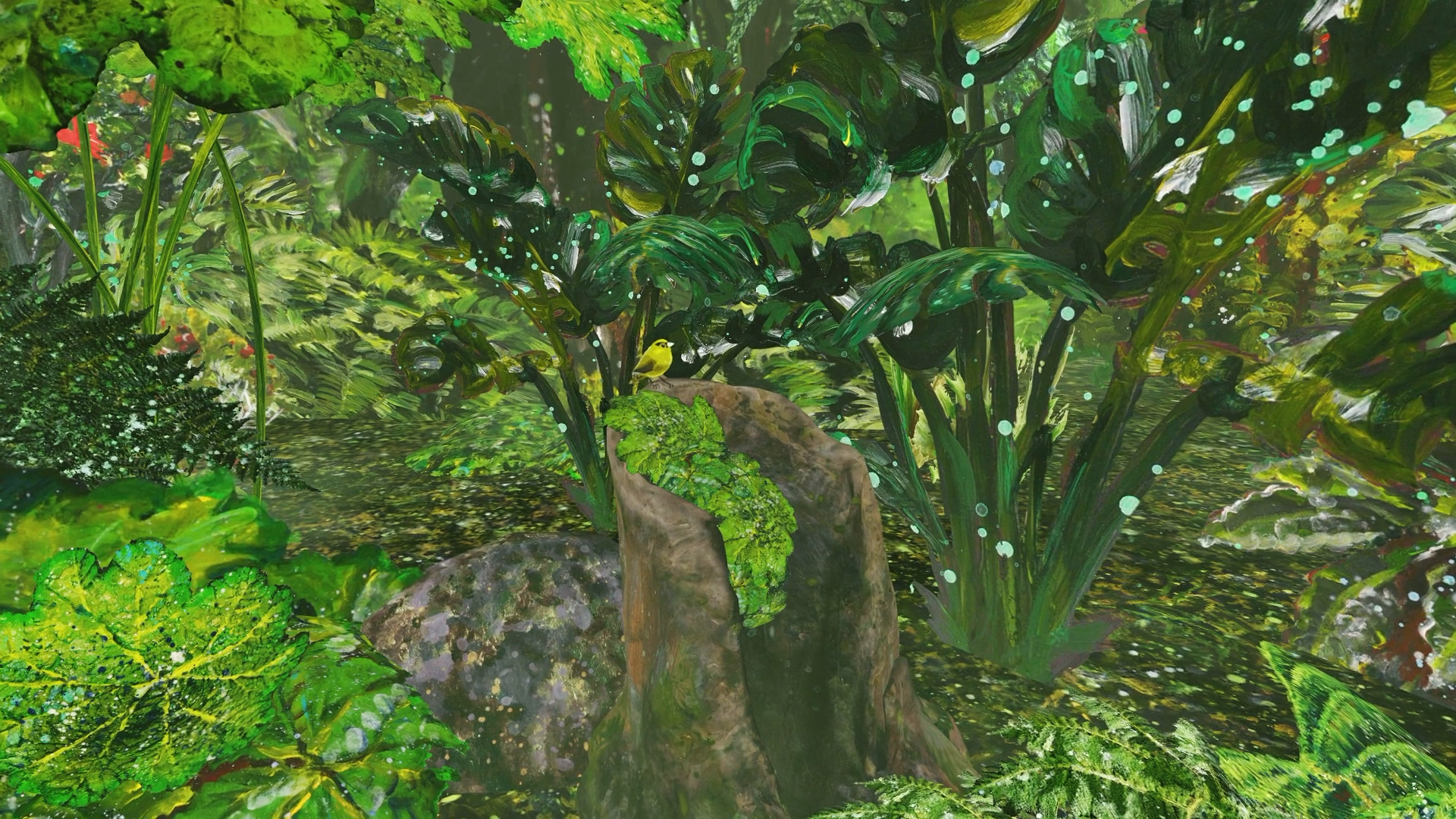 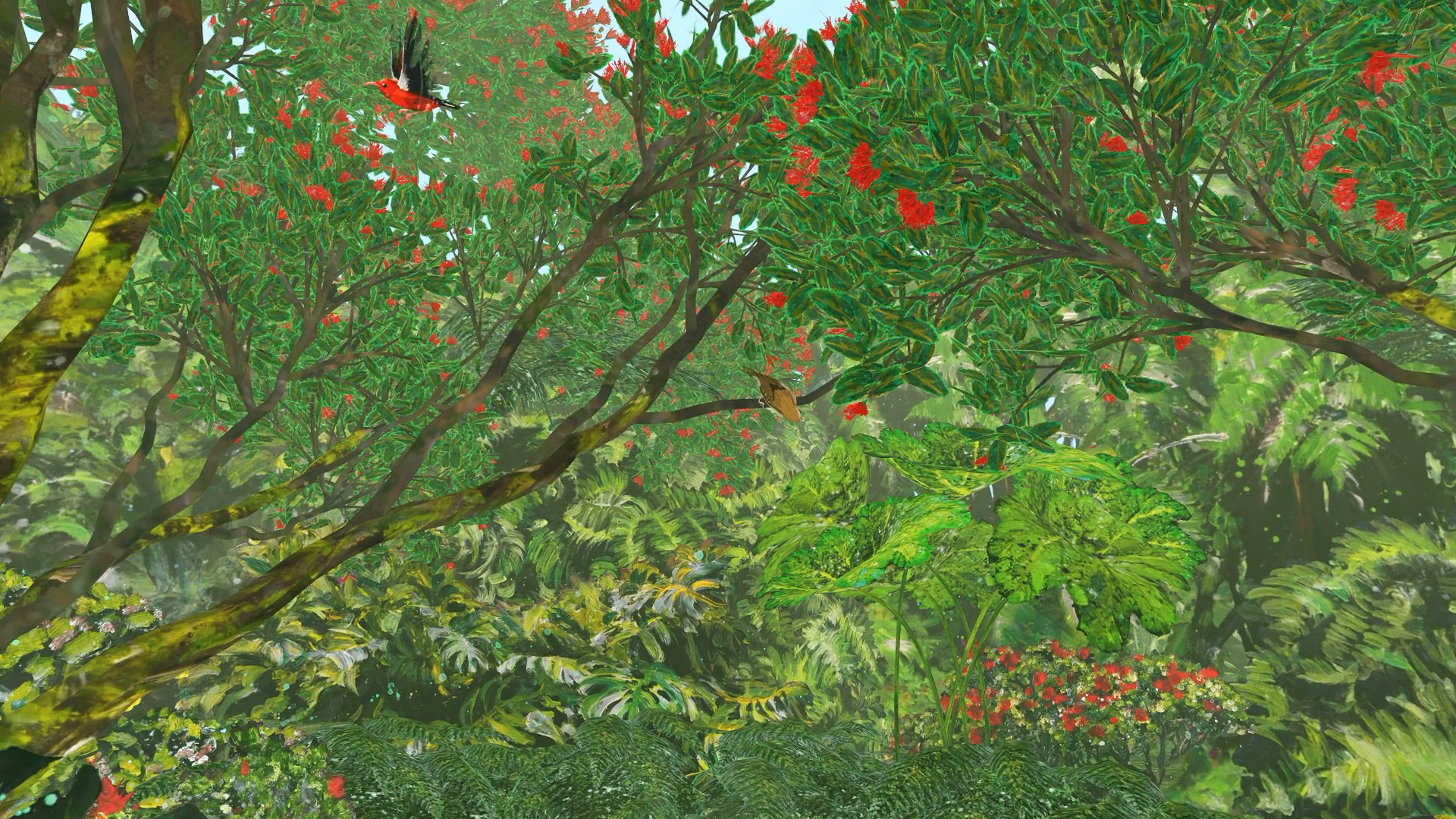 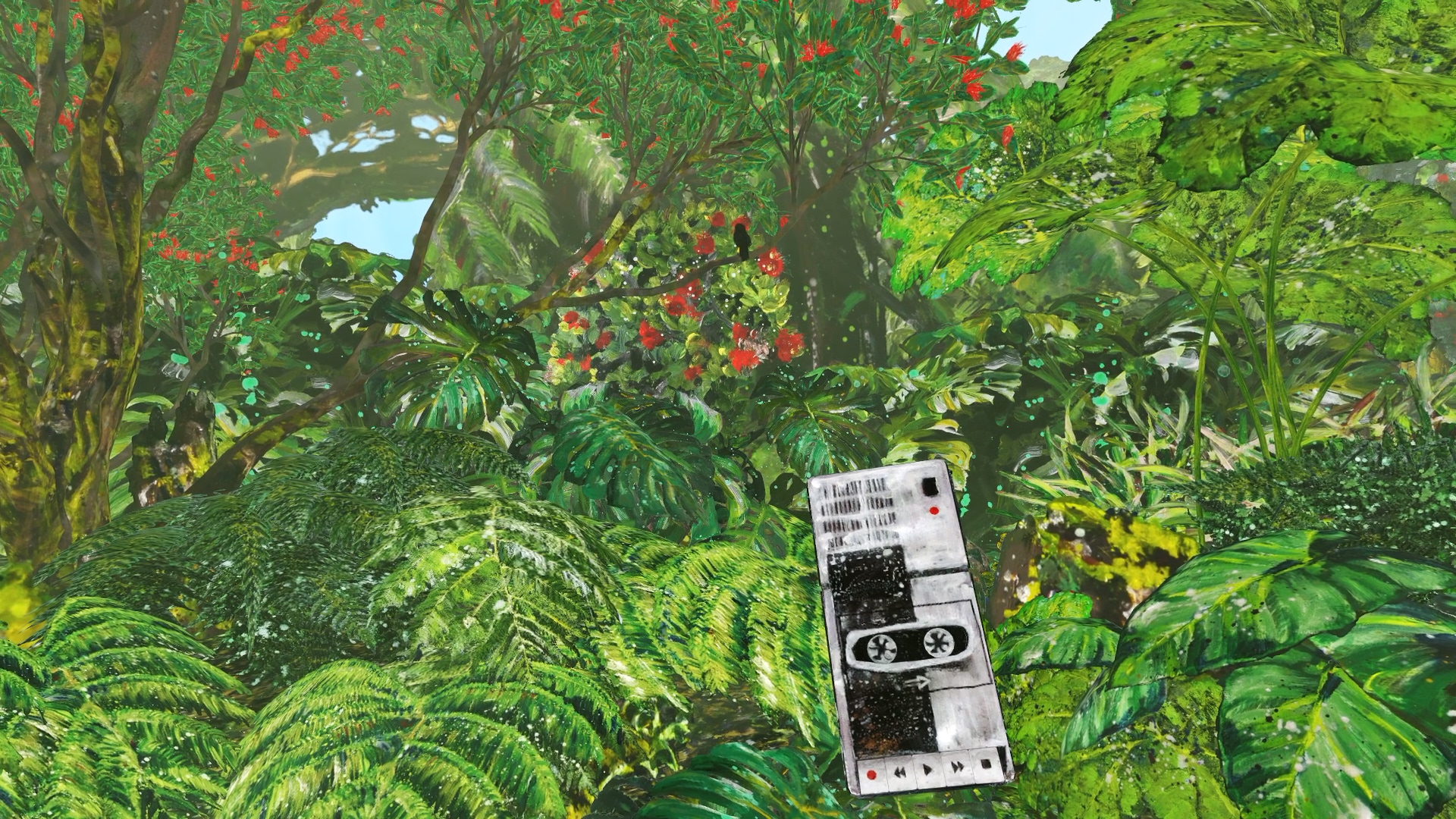 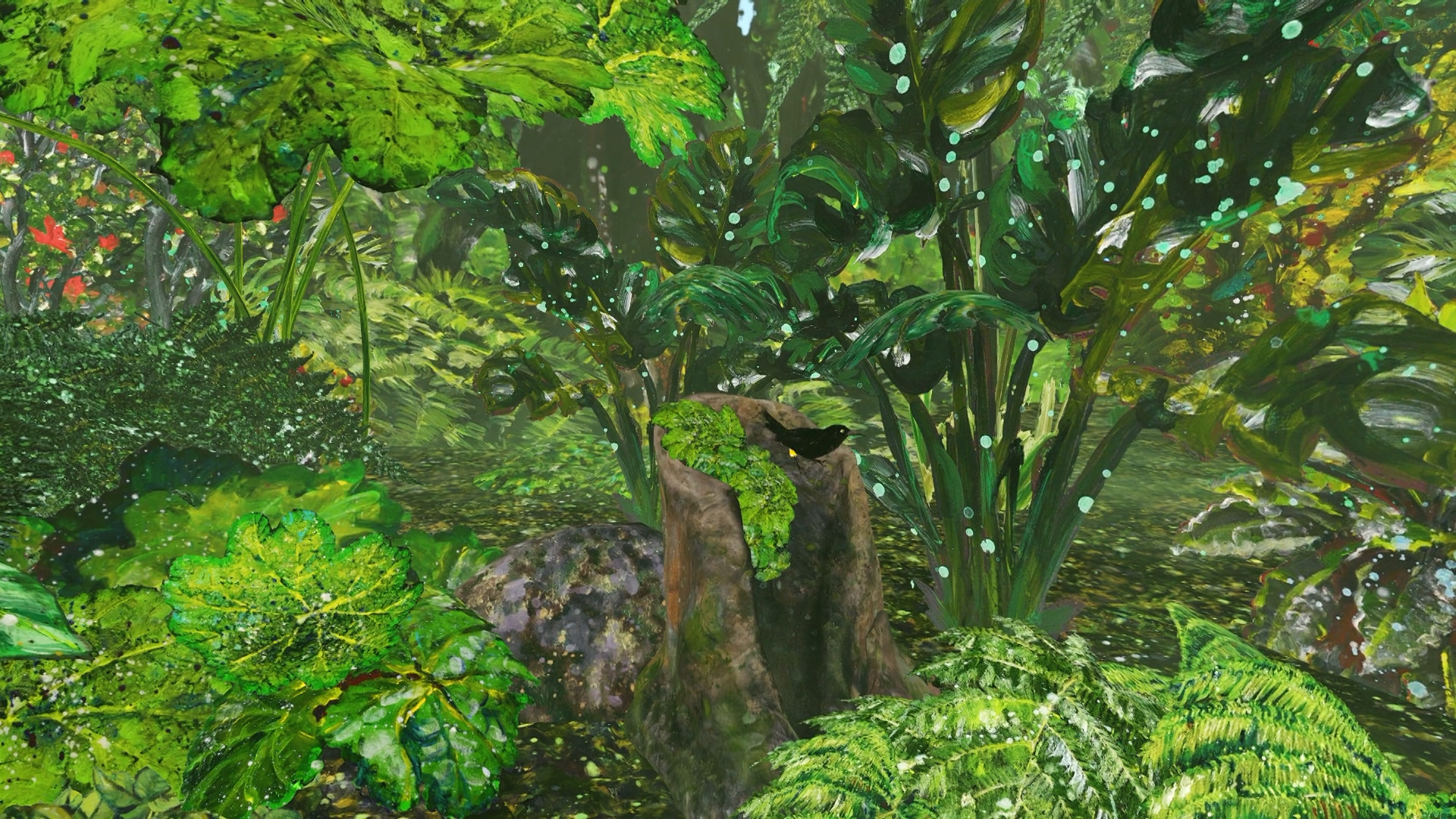